Title: Cooperation between the United Nations and the Organization for Security and Cooperation in Europe : resolution / adopted by the General Assembly

Summary: Commends the Organization for Security and Cooperation in Europe (OSCE) for the relevant decisions and declarations adopted at its 10th Ministerial Council, regarding prevention and combating terrorism, trafficking in human beings, tolerance and non-discrimination, electoral standards and peacekeeping operations; praises the close cooperation between OSCE institutions and relavant UN bodies; encourages further efforts of OSCE to foster security and stability in its region through early warning and conflict prevention; notes with appreaciation the active involvement of OSCE in Albania, Bosnia and Herzegovina, Croatia, the former Yugoslav Republic of Macedonia and the Federal Republic of Yugoslavia, including Kosovo; underlines the importance of regional cooperation as a means of fostering good-neighbourly relations, stability and economic development and welcomes the implementation of the Stability Pact for South-Eastern Europe; fully supports the activities of OSCE to achieve a peaceful solution to the conflict in and around the Nagorny-Karabakh region; remains deeply concerned at the failure to achieve a settlement of the Nagorny-Karabakh conflict and reaffirms that the prompt resolution of that conflict will contribute to the lasting peace, security and stability of the South Caucasus region.

Title: The situation in the occupied territories of Azerbaijan : resolution / adopted by the General Assembly

Summary: Stresses the necessity to urgently conduct an environmental operation to suppress the fires in the affected territories and to overcome their detrimental consequences; calls upon the organizations and programmes of the UN system, in particular the UN Environment Programme, in cooperation with the Organization for Security and Cooperation in Europe (OSCE), to provide all necessary assistance and expertise, including, inter alia, the assessment of and counteraction to the short- and long-term impact of the environmental degradation of the region, as well as in its rehabilitation; requests the Chairman-in-Office of OSCE to provide a report on this matter to States members of the General Assembly by 30 Apr. 2007.

Title: The situation in the occupied territories of Azerbaijan : resolution / adopted by the General Assembly 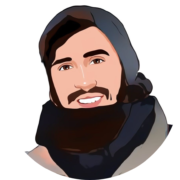 Nagorno-Karabakh is a landlocked region which is internationally recognized as part of Azerbaijan Republic. The ...
By Azimoff
November 3, 2020

Any cookies that may not be particularly necessary for the website to function and is used specifically to collect user personal data via analytics, ads, other embedded contents are termed as non-necessary cookies. It is mandatory to procure user consent prior to running these cookies on your website.